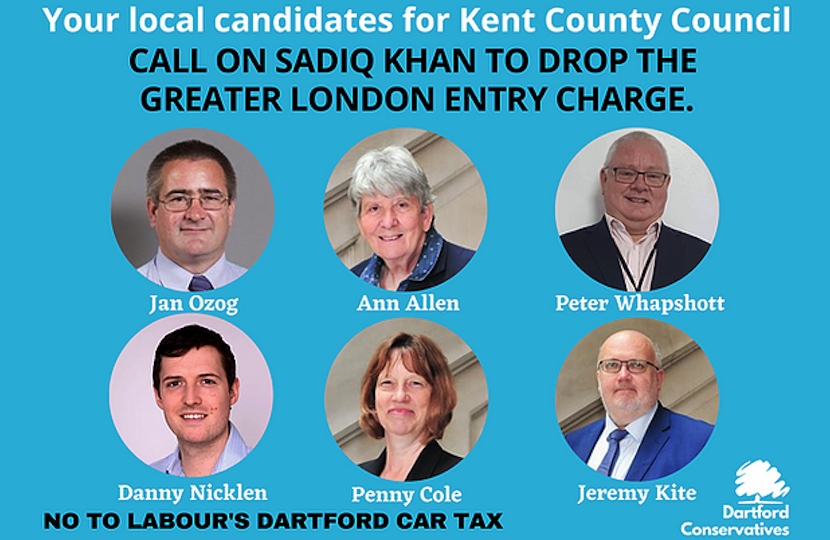 All six Dartford Conservative candidates at this year's Kent County Council election have come out in support of our campaign opposing the Dartford Car Tax and call on Sadiq Khan to drop the proposals for a Greater London entry charge.

Peter Whapshott, candidate for Dartford North East said "A £3.50 daily charge would impact on all businesses and commuters that need to travel between Dartford and London. We cannot accept such a proposal!"

Jan Ozog, the candidate for Dartford West, whose division borders Greater London, says "I know how much this move by Labour would really hurt the pockets of local residents. My division has several crossing points into London, so I know there are a huge number of people who move between the boundary to go about their daily lives.” 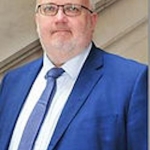 Jeremy is the Councillor for Longfield, New Barn & Southfleet and Dartford Rural as KCC. He has been the Leader of Dartford Borough Council since 2006. 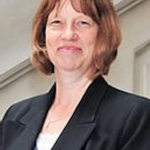 I am proud to represent the people of Dartford East. It has been a privilege to serve as the County Councillor for the last twelve years; working with businesses and community leaders to make Dartford East a great place to work and live.

I live in the Ebbsfleet garden city, where I have been the local councillor for the ward since 2019.

As someone that lives locally, I know the issues and want to tackle them.

What affects you affects me! 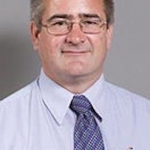 I am delighted to be standing in my local area of Dartford West at this year's Kent County Council elections.

As we Build Back Better from the pandemic I will be a local champion for the people of Dartford West.