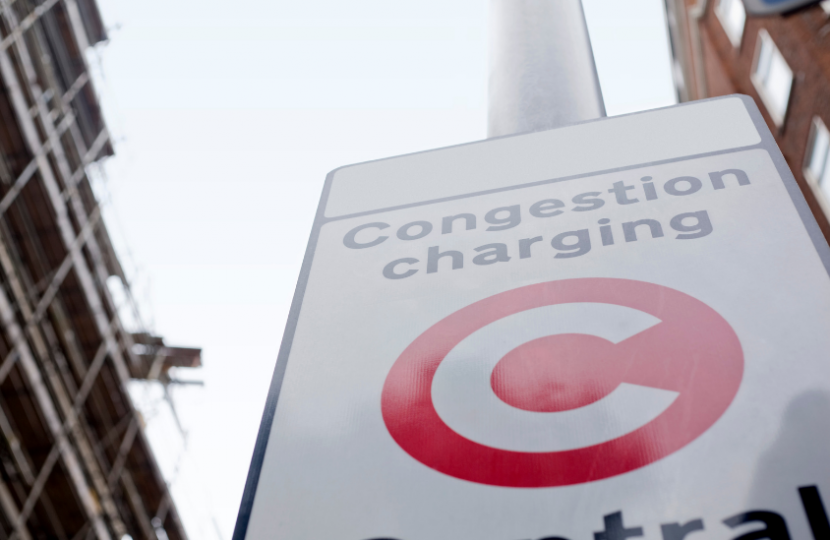 In response to a letter from a group of Conservative MPs, the Labour Mayor of London confirmed that he continues to explore the feasibility of a new charge, that will impact Dartford residents.

In the letter, the Mayor states, “the daily charge would only apply to vehicles registered outside London which are driven into the capital.” The response goes on to say, “TfL is initially looking at a £3.50 daily charge, with a possible higher charge (£5.50) for the most polluting vehicles.”

As a further threat to residents, the London Mayor has indicated that without introducing the charge, cross-boundary transport services may be at risk, with the Mayor saying, “some of the funds raised from the Greater London Boundary charge for non-residents could be earmarked to support sustainable travel in boundary boroughs and to help TfL fund local priorities that it might otherwise not be able to afford, like bus enhancements and cycling improvements.”

This is the same London Mayor who has previously threatened to cut the 492 and 428 local bus services in Dartford, which takes children to school and patients to Darent Valley Hospital.

Dartford MP, Gareth Johnson said in response to Mayor’s letter, “This proposal to charge motorists just to cross the border with London would be disastrous for Dartford.  It’s not surprising that over 25,000 people have registered their opposition to it. The prospect of this tax being imposed on us is very real and so we have to do everything we can to resist Labour’s Dartford car tax.”

Dartford Conservatives will continue to fight this proposal in the interest of all Dartford residents. You can show your opposition to the Mayor’s plan by signing the petition, No to Labour’s Dartford Car Tax.