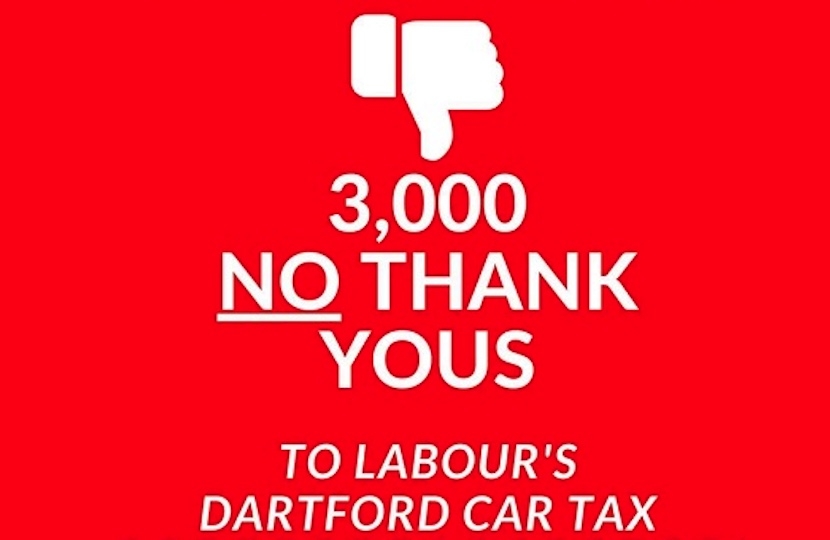 Conservative London Mayoral candidate Shaun Bailey has joined Dartford residents in condemning Sadiq Khan’s proposed Greater London entry charge, outlining the harm it would cause to families and businesses in both Dartford and London.

The Mayor should be putting us on the road to recovery. Instead, he’s coming up with new taxes to pay for the £9.56 billion of waste he racked up at TfL. Charging drivers £3.50 a day to enter Greater London is nothing but another car tax. It will hit businesses that travel back and forth. It will hit commuters. It will hit people who want to visit family and friends.

Worst of all, it sends the message that London is closed — right when we need a recovery.”

Mr Bailey has made it clear that he would not keep any such charges if he were elected in May, stating:

“If Sadiq Khan goes ahead with his Greater London entry tax, I’ll scrap it on day one as Mayor.”

Mr Bailey’s comments are joined alongside Dartford MP Gareth Johnson who raised the issue earlier this week to the Transport Minister that any such charge would have a catastrophic and disproportionate impact on places like Dartford.

3,000 Dartford residents have signed an online petition voicing their dismay to the idea, which is currently being explored by the Mayor of London. Many residents have shared their concerns if such an idea were implemented and how it would impact on their daily lives.

“It is clear from the local response that the Labour car tax is not welcomed here. This would hit the lowest earners the hardest, many who rely on moving between the boundaries every day to visit family and travel to work”.