I am proud to be the Member of Parliament for Dartford and to have the honour of representing my constituents in the House of Commons. The Dartford Constituency is one which   comprises not only the town itself but also the surrounding villages of Joydens Wood, Wilmington, Stone, Greenhithe, Swanscombe, Bean, Darenth, Sutton-at-Hone, Hawley, Longfield, Southfleet, New Barn, Hartley, Betsham and Hodsoll Street.

I consider myself to be Dartford’s representative in Westminster and not Westminster’s representative in Dartford. This is my home town and so I have a great deal of affection for Dartford. I spent my childhood living locally and attended Dartford Grammar School.  I was a Councillor in a neighbouring borough and worked in Dartford and the surrounding villages as a solicitor.

I live in Dartford Constituency with my wife Wendy and our two children. My children attend grammar schools in the constituency and prior to this they attended our local state primary school.

When time allows I still like to play cricket in Kent and I host an annual Charity Cricket Event within the constituency.  I am also proud to be the Honorary President of Dartford Valley Rugby Club and President of the Greenhithe and Swanscombe Branch of the Royal British Legion.

I have been a member of the Justice Select Committee and my first role as a Parliamentary Private Secretary was to the Home Office team as PPS to James Brokenshire MP and subsequently to Karen Bradley MP.

Transport is an important issue for Dartford residents and I have tirelessly lobbied for improvements to the Dartford Crossing.   I also fought a long, hard, campaign to prevent the new Lower Thames Crossing being located in Dartford.  The decision to locate it at Option C, east of Gravesend has saved us from eight years of road works.

Whilst existing problems at the Dartford Crossing will not be fully relieved until the new Lower Thames Crossing is built, I will continue to lobby the Government and its agencies to ensure everything possible is done to reduce congestion.

Dartford is a commuter town and as such rail connections are vital to us. We are fortunate enough to have seen the benefits of HS1 at Ebbsfleet but the Metro and Mainline services cause a great deal of frustration to passengers. I want to see better services for Dartford commuters.  Information on these issues and more is contained in the News section of this website.

I believe Dartford is an area to be proud of and one with huge economic potential.   Unemployment has fallen significantly over the last few years and the number of apprenticeship places have doubled.   We have an excellent range of schools in a mixture of rural and urban areas.

I am always happy to meet constituents either formally or informally on the surgery dates advertised on this website. Please feel free to contact my office on 0207 219 7047 to arrange an appointment.

On Tuesday 23rd March, Dartford MP Gareth Johnson led a Westminster Hall debate in the House of Commons on the Dartford Car Tax.  The debate follows on from this petition, where over 26,000 people have shown their opposition to Sadiq Khan's idea currently undergoing a feasibility study. 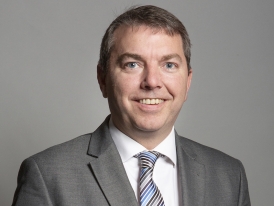